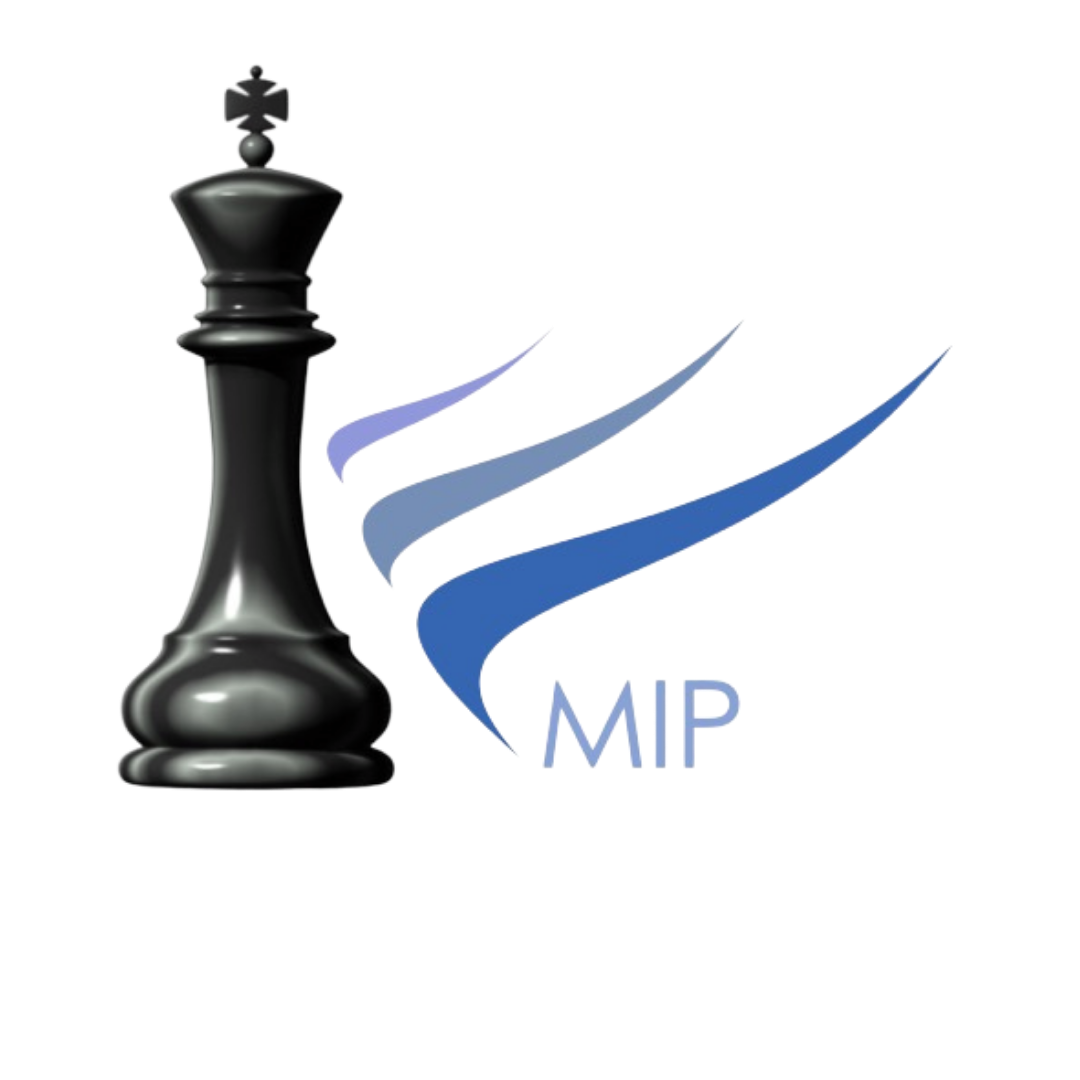 USPTO Director sings "It's My Prerogative," By Bobby Brown

The PTAB's discretionary institution of an Inter Partes Review in light of the timeliness requirement of 35 USC § 315(b) is barred judicial review (pursuant to 35 USC § 314(d)).

This case stands for the premise that Patent Law (35 USC §314(d)) prohibits a party from appealing the Patent Office's interpretation of the laws relating its discretionary authority to institute an Inter Partes Review (IPR).

In particular, an IPR is a Patent Trial and Appeal Board (PTAB) proceeding for reexamination of a patent to determine whether the claims are novel and/or nonobvious. The Petitioner in this case, THRYV Inc., submitted a petition to institute an IPR approximately 12 years after an infringement cause of action was filed against them. This action, however, was voluntarily dismissed without prejudice.

In response, the Patent Owner, Click-To-Call, asserted that the Petitioner filed the petition too late (beyond the one year period from the infringement action) and barred from being instituted pursuant to (35 USC §315(b)). The PTAB viewed the dismissal of the case as nullification of the same and proceeded with the examination, where it canceled thirteen claims for lack of novelty and obviousness. Consequently, Click-To-Call filed an appeal of the PTAB Decision to the Court of Appeals of the Federal Circuit (CAFC) arguing that since the Petitioner filed the Petition for the IPR too late (beyond the timeliness requirement), the PTAB erred when it instituted the IPR and issued a Decision.

Holding: The Supreme Court held that although a party can appeal the substance of a PTAB Decision pursuant to 35 USC §141-144, a party cannot appeal the PTAB's discretionary authority and interpretation of the laws relating to institution of an IPR pursuant to 35 USC §314(d). It's their prerogative whether or not to institute an IPR and to proceed with the examination whether either party withdraws from the proceeding.

I – Inter Partes Review and the Laws that Govern

In general, there are several ways in which a patent can be re-examined. One way is to petition the PTAB to institute an Inter Partes Review (IPR). Pursuant to the Patent Laws, a Petitioner of an IPR may request to cancel one or more of the claims of a patent on the grounds to be raised under 35 USC §102 (lack of novelty) or 35 USC §103 (obviousness), only on the basis of prior art consisting of patents or printed publications (35 USC §311).

Based upon 35 USC §314, the PTAB at its own discretion may institute an IPR that meets various prerequisite conditions defined in the law (35 USC §311-317). One of the several prerequisites that must be met is that the director may not authorize an IPR unless it determines that there is reasonable likelihood that the Petitioner will prevail with respect to at least one of the claims challenged based on lack of novelty or obviousness (35 USC §314(a)). Another prerequisite is that an IPR may not be instituted if Petitioner has been sued for infringement regarding the same patent more than one year prior to the request for an IPR (35 USC §315(b)).

Once requested, the patent owner shall have the right to respond to the petition setting forth any reasons as to why the IPR should not be instituted (35 USC §313). If the Director decides to institute the IPR, the PTAB will proceed with its evaluation of the challenge to the claims’ validity (35 USC §316). A party dissatisfied with the written PTAB Decision may file an Appeal of the Decision to the Court of Appeals for the Federal Circuit (35 USC §319). 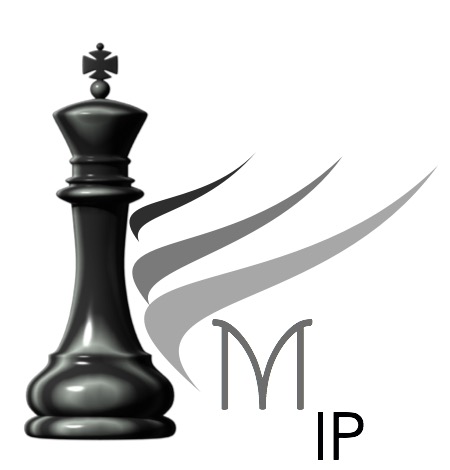 Shorten your invention capture, make the most of your resources, and maximize your impact with Monarch.

The Patent Owner in this case, Click-to-Call (respondent), owns a patent to a technology related to anonymous telephone calls (US patent number 5,818,836). The Petitioner, THRYV, Inc., requested the IPR in 2013. Although an infringement suit was filed against THRYV in 2001, the case was voluntarily dismissed without prejudice. The PTAB (hereinafter "Board") found that the 2001 lawsuit did not start the clock for the one year time limit requirement of §315(b), because the lawsuit was dismissed without prejudice. The Board continued to review the grounds as outlined in the petition and found that thirteen of Click-to-Call's patent claims were obvious or lacked novelty. As a result, Click-to-Call appealed the Boards Decision only challenging the Board's institution of the IPR and not to the substance of its Decision (citing Cuozzo Speed Technologies, LLC v. Lee, 579 U. S. ___, ___ (2016) (slip op., at 3)).

However, several years later in differing case (Wi-Fi One, LLC v. Broadcom Corp., 878 F. 3d 1364, 1367 (2018)), an en banc federal circuit held that the time bar determination under section §315(b) is appealable notwithstanding §314(d). They concluded that the bar to an appeal of §314(d) related to those activities of the Board conducted with respect to §314 (i.e. the likelihood of success requirement), and not the timeliness requirement of §315. Those who dissented from this decision found that §314(d) conveys Congress’ “clear and unmistakable” “intent to prohibit judicial review of the Board's IPR institution decision."

In light of the Wi-Fi One Decision, however, the Court of Appeals granted a panel rehearing for the Click-to-Call case and held that the PTAB erred by instituting the IPR. Accordingly, the court vacated the Board’s final written decision.

Accordingly, in the case before us, the Supreme Court granted certiorari again to resolve the reviewability issue.

Pursuant to the analysis outlined below, the Court vacated the Federal Circuit Judgment and remanded the case back the CAFC with instructions to dismiss the appeal for lack of Appellate jurisdiction. Holding that although a party can appeal the substance of a PTAB Decision pursuant to 35 USC §141-144, a party cannot appeal the PTAB's discretionary authority and interpretation of the statutes relating to institution of an IPR pursuant to 35 USC §314(d).

First, the Supreme Court addresses the scope of §314(d). In particular, the recitation of a final and nonappealable determination by the Director as to whether to institute an Inter Partes Review under the section was assessed. From the language of the law, the Supreme Court concluded that a party generally cannot contend on appeal that the Agency should have refused to institute an Inter Partes Review.

In Cuozzo Speed Technologies, LLC v. Lee, 579 U. S. ___, ___ (2016) (slip op., at 3), the patent owner challenged the Agency arguing that the Agency should not have instituted an IPR because the petition failed to meet the requirements for challenging the patent claims with particularity pursuant to §312(a)(3). The Supreme Court held that “the contention that the patent office unlawfully initiated it’s review is not appealable.” The Supreme Court reserved the judgment in causal and found the balance of the holdings in this way: “our interpretation applies where the grounds for attacking the decision to institute inter partes review consist of questions that are closely tied to the application and interpretation of statues related to the patent office’s decision to initiate inter partes review.”

Looking to the purpose and intent of Congress, the changes in the law regulating Inter Partes Review as a result of the America Invents Act (AIA) were designed to “weed out the bad patent claims efficiently.” Allowing §315(b) appeals would operate against Congress's objective not to waste time resolving patentability issues, while leaving bad patents enforceable. The Supreme Court notes that a petitioner's failure to satisfy the timeliness requirement of §315(b) does not prevent the Petitioner from joining in to another petitioner's request pursuant to §311(a), nor does it stop the Board from continuing to institute the action and issuing a Final Decision pursuant to §317(a).

The Court assessed that the purpose of timeliness requirement of §315(b) is to minimize the burdensome overlap between Inter Partes Review and Patent Infringement Litigation.

The Court found that Cuzzo is fatal to Click-to-Call’s interpretation. In particular, they found that the §314(d) review bar is not confined to the agency's application of §314(a). A decision to institute an Inter Partes Review takes into consideration various parts of section 300 of the Code, such as §312(a)(3)'s particularity requirement or §315(b)'s timeliness requirement.

Click-to-Call contends that the Supreme Court should adopt its interpretation of §314(d), as it did in SAS Institute Inc. v. Iancu. However, the Court found that SAS Institute does not apply in this case for Click-to-Call's appeal does not challenge the manner in which the agency review proceeds after it initiates an IPR, but whether the Agency should have instituted the review at all.

V – Light at the End of the Tunnel

Although Click-to-Call argues that it may appeal under §319 from the final written decision (see 35 USC 141-144), it’s attempt to over turn the Board's Decision is based upon §315(b), which is still barred by §314(d). The Court maintains that this contention is unreviewable.

Accordingly, the judgment of the United States Court of Appeals for the Federal Circuit has been vacated; and the Supreme Court remanded the case back to the CAFC with instructions to dismiss for lack of appellate jurisdiction.

The light at the end of this tunnel may be the A train for some ... (just joking)... On a serious note, quite possibly the Patent Owner (Click-to-Call) may Appeal the Decision of the Board (pursuant to §319) based upon the substance of the Decision and not upon the procedural interpretation of whether the PTAB should have instituted an IPR or not. What the Patent Owner will do next remains to be seen. - Stay Tuned- :-)

If you have any questions, please feel free to schedule a consult below. We would be more than happy to answer your questions.

April M. Mosby, is the founder of Monarch IP Group, PLLC. With over 20 years of Patent Prosecution and Appellate experience preparing, prosecuting, and maintaining over 300 domestic and international patent applications (drafting over 60 Prevailing Appeal Briefs and over 600 Amendment Responses), April has protected client’s products and services in a timely cost-efficient manner with several Fortune 500 clients and various others. During her tenure on the Patent Trial and Appeal Board of the USPTO, she drafted over 500 Appellate Decisions. Her current practice also includes Trademark Prosecution and Copyright Prosecution. Additionally, she has substantive experience in Patent Licensing.

Licensed to Practice Law in Virginia, New Jersey, and Texas, in general; and to practice Patent Law in any state before the USPTO, in particular.

The materials on this website are for informational, educational, and promotional purposes only. The Federal Law of the United States is constantly changing. There is no guarantee that all of the relevant changes have been noted herein.  As such, the materials on this website should not be intended or taken as legal advice. The attorney(s) of Monarch IP Group is licensed to practice law in the states of Virginia, New Jersey, and Texas; and before the United States Patent and Trademark Office.

MONARCH® is a Federally Registered Trademark for Legal Services (All rights reserved).